Michael Dennis O’Brien was born in 1952, the fifth child of thirteen on a family farm in Manawa, Wisconsin. He graduated with a journalism degree from the University of Wisconsin – Madison, where he met his future wife, Jackie Nytes.

After graduating, he spent two years in the Peace Corps in Northern India as a Dairy Extension Agent, an experience that guided him and helped form his focus on supporting others throughout his life, as well as introducing him to some of his lifelong friends, including Surinder Pal Singh and Gregg McAllister.

Moving to Indianapolis in 1978, he worked for the Farm Bureau Co-Op and Elanco, focusing on ag marketing, and even (perhaps just on a whim) starring in an ad for the Co-Op. In 1988, he and his youngest brother, Joel, purchased a franchise of a local printing company from another Wisconsin Badger, John Colombe. Through mergers with other family-owned businesses and 30 years of hard work, they established Printing Partners as one of the top printers in the Indianapolis area, building relationships and forging a corporate identity as a supporter and patron of the Arts.

Those relationships often extended beyond printing, with Michael serving on the Board of Directors of multiple Arts organizations here in Indianapolis. He shared his business expertise by chairing numerous fundraisers for local organizations, including French Market and Reverse Raffle at St. Joan of Arc as well as the original Indy Jazz Fest and others.
Known to be an energetic dancer and wonderful host, he and his family opened their home as a homestay experience, providing scores of students from across the world a family while studying in Indianapolis. That experience lead to many remarkable travel opportunities, including joining Milan for his wedding in Prague, Rafael for his wedding in the Dominican Republic, spending a holiday season in Rio with Fabio’s family, and later another Christmas and New Year in Panama when Orlando proposed to Mireya in the courtyard at her family’s home.

That openness and eagerness to share experiences extended far beyond his home, as Michael gladly acted as mentor for dozens across his parish and business communities. His focus on sharing his knowledge and the joy he received from the success of those he supported continued through his illness, with him handling board calls from bed.

While running a small business was stressful, he took to it with an energy and passion that made it look easy at times. Every employee was family, and while celebrating the 31st anniversary of Printing Partners on June 1st, he took the time to engage with dozens of people, following up on things he had missed over the last months: congratulating one for his new status as a grandfather, badgering another about whether or not his son had proposed yet, checking in on children and grandchildren of others and openly wondering why one employee was always so smiley and asking if she’d be willing to share the source of said happiness. He knew everyone and their story. And that is part of his legacy; he showed people that no matter who you are, it’s worth it to take the time to get to know people, and to support them and be there for them and be open to sharing your life because while our individual problems and situations may be different, we share many challenges and we can overcome things together. 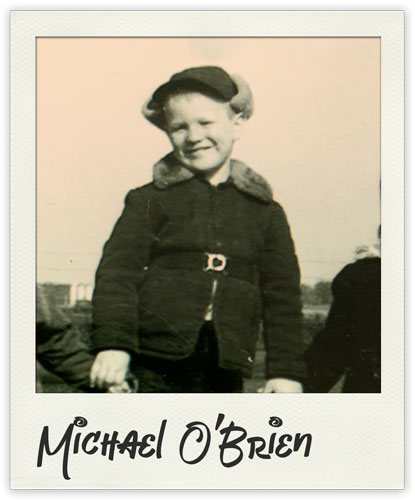